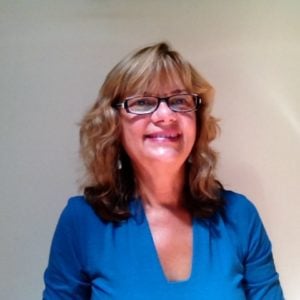 Mary K. grew up in the Adirondack valley of New York state on fifty acres of land where she spent mostof her time tormenting her three younger siblings. As a stellar badminton player and expert solver ofjigsaw puzzles it was clear that she craved excitement and would not stay long in such a quiet town.Shortly after high school she went to a fourth of July party on a beach in New Hampshire where thefireworks and music convinced her she needed relocate.

Next Mary K. earned her degree from the University of New Hampshire, and started to climb thecorporate ladder. Some years later she landed her ideal job, moved into the corner office and tookstock of the view. It was boring! So Mary K. created her own ladder: Benchmark-Bookkeeping whereshe practices as a soloist and her only co-worker is her dog Clifford.

It’s been ten years since Mary K. left the corporate world and she still finds joy and excitement as chiefcook and bottle washer of her own practice. Her clients are an interesting group and include high techcompanies, manufacturing entrepreneurs, and artists. Mary K. is the only one of her immediate familywho doesn’t still live on that fifty acres in New York, she makes her home in the thriving metropolis ofBarrington New Hampshire, population 8,691.

Back to Who We Are